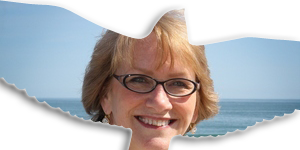 For the 9th year in a row, Reverend Barbara Mulford was announced as a winner of the WeddingWire Couples’ Choice Awards® in the Outer Banks Officiant category, an accolade representing the top wedding professionals across the board in quality, service, responsiveness and professionalism reviewed by couples on WeddingWire, a leading wedding vendor marketplace.

Reverend Barbara Mulford was announced as a winner of the 2021 WeddingWire Couples’ Choice Awards®, marking her 8th consecutive award and cementing her recognition among the top wedding professionals on the Outer Banks in quality, service, responsiveness and professionalism as determined by couples on WeddingWire.

Our July 2018 Winners for the free wedding service are Christina and Keith, from Bel Air, MD. They will be renewing their vows after 18 years of marriage. The town’s penchant for rebranding and reinventing itself probably doesnt explain why our new winners are looking to renewal their vows, but it makes for a great story. END_OF_DOCUMENT_TOKEN_TO_BE_REPLACED

The January 1, 2018 free service contest winner has been selected and notified, but I can’t give you too many details right now as they are planning on eloping this fall here on the Outer Banks and have not told their friends and family yet! I will share some of the bride’s email to me after being told the good news.
END_OF_DOCUMENT_TOKEN_TO_BE_REPLACED

An amazing couple from The City of Brotherly Love has won this year’s 2nd drawing for our free Outer Banks Wedding Officiant Services and will have Reverend Barbara at their wedding renewal in Avon, NC. How suiting for this Philly couple! END_OF_DOCUMENT_TOKEN_TO_BE_REPLACED

Erica and Elliot live in Camden, NC (about an hour from the OBX) with their adorable 1 year old son Miles. They planned a romantic elopement ceremony on the famous Jockey’s Ridge State Park in Nags Head, a place uniquely special for them since both love coming to the beach so much. Their elopement ceremony was very sweet, take a look in the video below: END_OF_DOCUMENT_TOKEN_TO_BE_REPLACED

We’re proud to announce Reverend Barbara Mulford has been awarded the Couple’s Choice Award in the Wedding Officiant category for the 4th year in a row by Wedding Wire! The award recognizes the top 5% of Outer Banks wedding professionals that demonstrate excellence in quality.
END_OF_DOCUMENT_TOKEN_TO_BE_REPLACED

Settled by English colonists starting in the 17th century, Mechanicsville in Virginia is home to a little over 36000 residents (including singer songwriter Jason Mraz), but today two of those residents have proven to be the luckiest in the historic town. Alease and Mack have been drawn to win a free outer banks wedding service! END_OF_DOCUMENT_TOKEN_TO_BE_REPLACED

Patty and Joe From Tannersville, PA are July’s Winner’s of a Free Wedding Ceremony

I would like to share with you a recent wedding I had the honor to officiate. Traci and Todd’s Outer Banks Wedding took place in beautiful Kitty Hawk and featured the Unity Sand Ceremony.

As you can see, the Sand Ceremony has END_OF_DOCUMENT_TOKEN_TO_BE_REPLACED

0 Comments/posted in Wedding Officiant, Wedding Tips /by obxofficiant
Page 1 of 3123

Contact Me For A Chance Of Winning A Free Service!